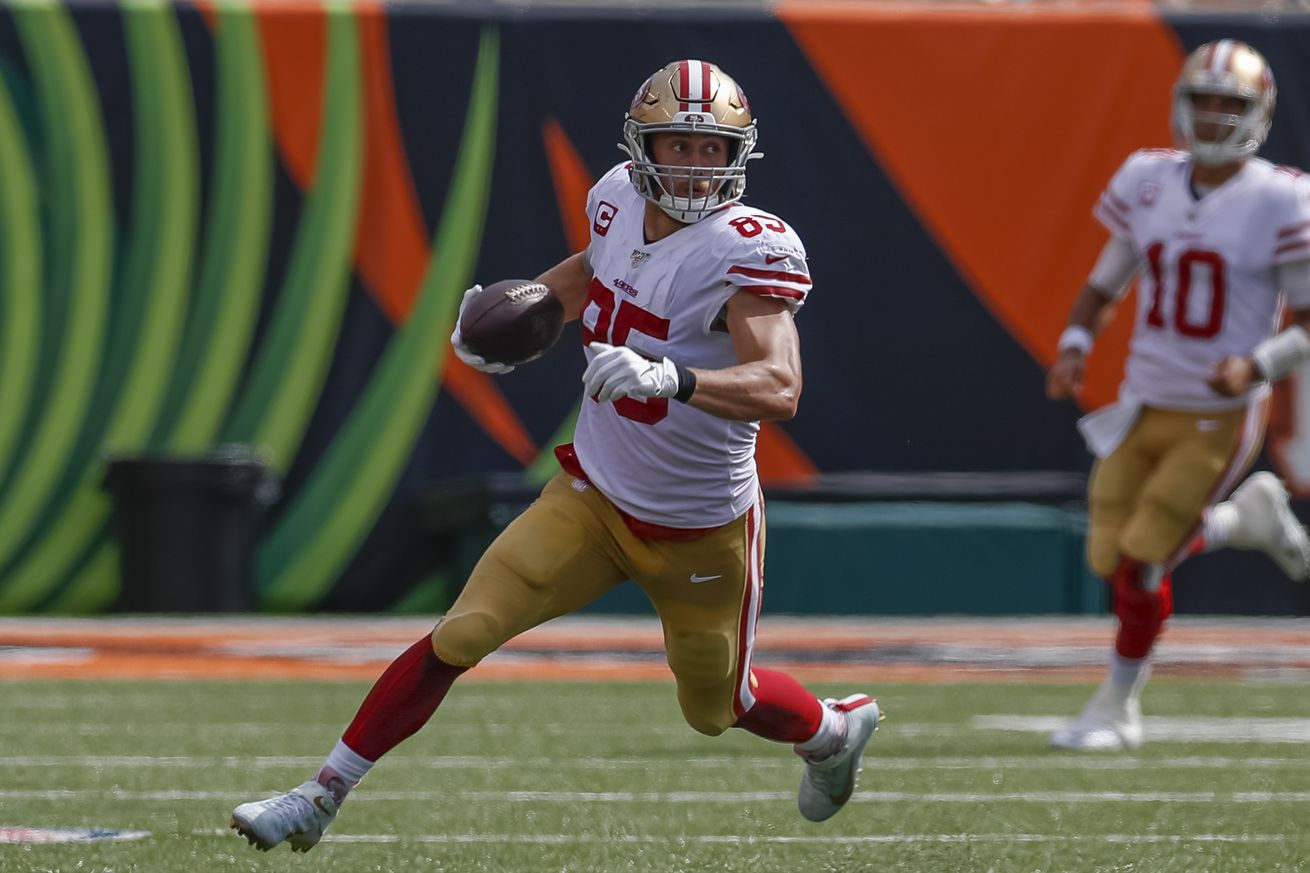 Like Matt Barr said when he found this video, George Kittle is a national treasure. The San Francisco 49ers star tight end was on Sportscenter earlier this week to discuss the B1G, some of Kittle’s rituals, and how good the Niners are. Kittle was confident, but understood that the team hadn’t accomplished anything just yet:

That’s a one way to look at it. That also speaks to Kittle’s personality.

Kittle was also asked which team he despises in college, his answer was great. He is not a fan of Nebraska. I’ll let you watch to see his facial expressions as he describes the cornhuskers.

The best part of the interview is when Kittle shares his pre-game tradition. Kittle reads a letter on the bus on the way to his game that is hand-written from his dad, who also played for the Hawkeyes.

“It started my freshman year of college,” Kittle said. “It was something that, when he was at Oklahoma, coaching offensive tackles, Austin Box, the linebacker from Oklahoma, him and his dad did that. That was something that my dad felt was special so he did it a couple of times, and I told him I really liked it; I appreciated it. “And it was really fun through college because he played at Iowa too. He did all the rivalry games, like how he did versus them in the ‘80s, and then what they’re looking like today. In the NFL, it’s kind of a scouting report and more of a hype letter. It gets me fired up, and it’s like my first step into game day.”

Here is the interview in its entirety.

Anything Kittle related, I’m going to share. He’s the type of bubbly personality that should be celebrated in the league.