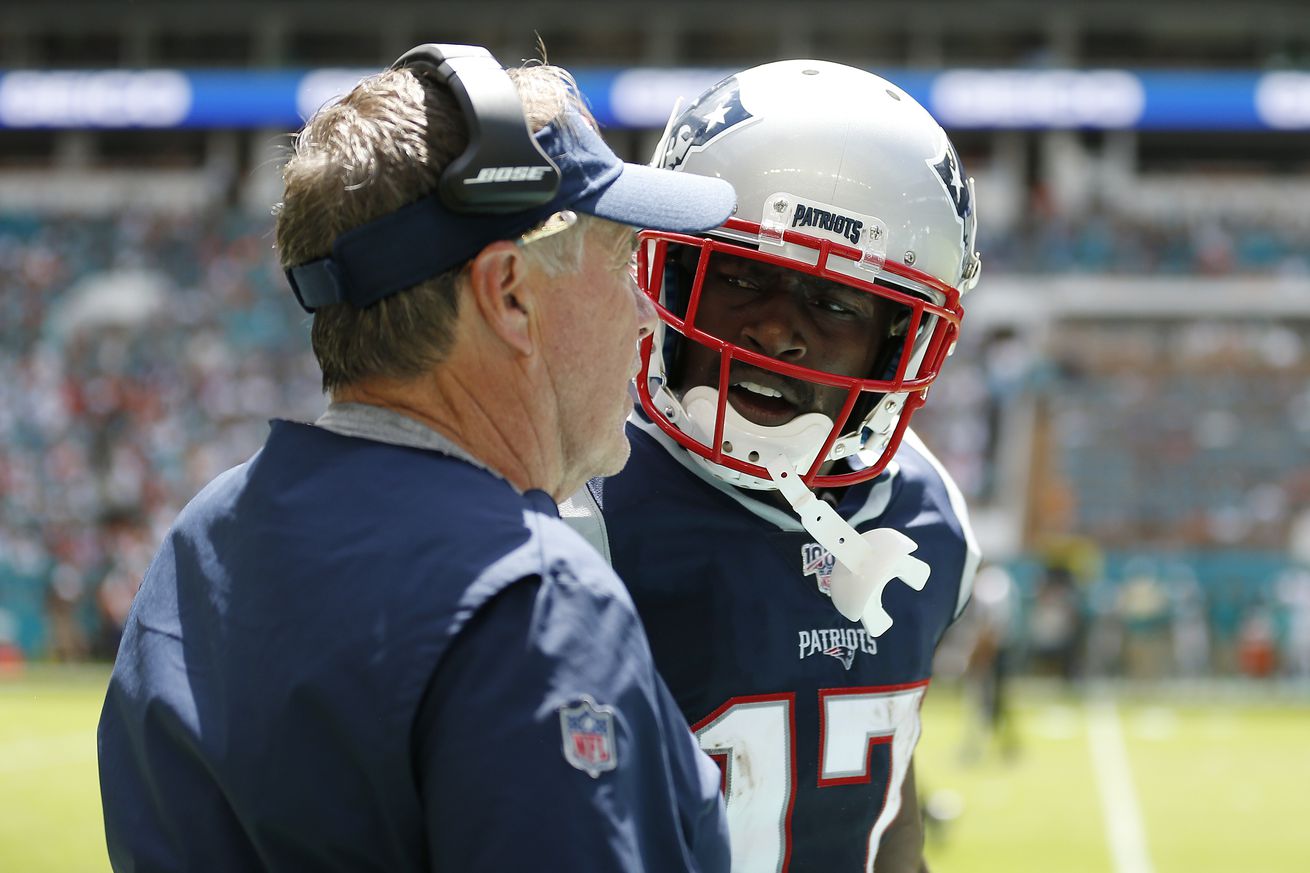 The Patriots don’t want to give any real answers about Brown. That’s not good enough.

Antonio Brown was a New England Patriot for 11 days before the team released him during a tumultuous week for the now-free agent receiver. The Patriots signed Brown just days before his former personal trainer, Britney Taylor, filed a civil lawsuit accusing him of sexual assault.

Six days later, SI’s Robert Klemko reported a separate allegation of sexual misconduct involving an artist Brown had hired. The catalyst for the Patriots to release Brown wasn’t this allegation, but rather Brown’s “intimidating” text messages he sent to the artist, which her lawyer then forwarded to the NFL. ESPN reported had Brown not sent those, he would still be with the Patriots and would have played against the Jets on Sunday.

While Brown’s stint in New England didn’t last long, bringing him on didn’t make much sense anyway. The team didn’t need him to win games and there were a lot of concerns about Brown before the lawsuit. As much as the Patriots would like to move on now that Brown is no longer on the roster, the organization should still be held accountable for signing him and not giving a real explanation as to why.

The Patriots signed Brown before the sexual assault suit was filed, but there were already a ton of red flags surrounding the receiver.

The Sunday before Taylor’s lawsuit was filed, Brown reportedly rejected a $2 million settlement. Brown’s camp knew a lawsuit was coming, and the Patriots claimed they didn’t know about it. Even if they didn’t, and even though Brown didn’t face criminal charges, they overlooked many other matters, both on the field and off.

Here’s a look at just some of the incidents he’s been involved in in the last year:

The Patriots were willing to play Brown after the lawsuit without providing a reason.

After Taylor’s lawsuit was filed, Brown was a full participant in practice. Head coach and de facto GM Bill Belichick’s presser made it clear he wasn’t ready to answer questions with respect to Brown. When asked if the plan was to play Brown against Miami, Belichick responded multiple times with some form of, “We’ll do what’s best for the team.”

He played, and after the win, Brown skipped out of the team’s media availability.

Then on Sept. 16, Klemko’s SI article came out. The report included the artist who accused him of sexual misconduct, domestic incidents police had responded to, and various claims of Brown not paying people money he owed for services rendered. Even with the additional allegations surfacing — none of which involved criminal charges — Brown still fully participated in practices. He fulfilled his media obligations on Thursday without saying much:

Antonio Brown answered four questions but would not discuss his standing with the league. #Patriots pic.twitter.com/1miSJ0ItB0

At that point, Brown was expected to suit up against the Jets. That is until Thursday evening, when Klemko reported the threatening texts that Brown sent to the artist regarding her family.

When Belichick was asked repeatedly about Brown during the team’s presser the next day, he just walked away from the podium, after giving a short statement on Brown.

“I know there are questions about Antonio,” Belichick told reporters. “We take all the situations with our team very seriously, and there are some things that we’re looking into. But I’m not going to have any comments on the off-the-field situations or questions on that. Anything on football, I’d be happy to answer.”

Hours later, Brown was released, solidified with a rather terse statement from the organization that was once again did not offer an explanation:

Less than two weeks after his signing, Brown was a free agent again.

There were other teams that were interested in Brown, last season’s NFL leader in touchdown receptions and a four-time All-Pro. But it was the Patriots, who already had a wealth of riches, that signed him just hours after the Raiders released him.

The Patriots have won 10 straight division titles and have six-time Super Bowl winner Tom Brady as their quarterback. Before Brown was even on the team, Brady’s receiving corps featured the likes of reigning Super Bowl MVP Julian Edelman, former All-Pro Josh Gordon, and former first-round pick Phillip Dorsett. It also included four-time Pro Bowler Demaryius Thomas, who ended up getting traded to the Jets after Brown’s signing, and running back James White. This offense was absolutely stacked when it added Brown.

As Christian D’Andrea pointed out, it was an elite passing attack without Brown — this is what they were able to do in a 33-3 win over the Steelers in Week 1:

Brady spread the ball to a long list of WR and RB targets to obliterate Pittsburgh’s single coverage downfield. Edelman reeled off six catches for 83 yards. Gordon showed he’s still a dynamic weapon, taking a short drag route 20 yards to the end zone for the game’s first score and later adding a 44-yard catch on a deep ball in traffic over the middle.

No one benefitted more from New England’s explosive passing attack than former Colts first-round pick Phillip Dorsett. The fifth-year receiver, acquired in 2017 in exchange for Jacoby Brissett, was left to thrive as the Steelers turned their defensive attention elsewhere, creating windows in single coverage Brady was eager to exploit.

In the end, the Patriots signed Brown for a game in which he had four catches for 56 yards and a touchdown during a 43-0 blowout of the Miami Dolphins. They would’ve beaten Miami just as easily without him.

Without Brown against the Jets in Week 3, the Patriots won handily 30-14, and New England’s top three receivers combined for 198 yards and two touchdowns, even as Edelman left the game early with a chest injury. This season, the team is outscoring opponents 106-17, and the defense hasn’t allowed an offensive touchdown yet.

The Patriots hardly needed Brown to be winning like this. They’re still Super Bowl favorites, with or without him.

More importantly, the Patriots never gave any insight into any of their decisions regarding Brown.

Ahead of New England’s game on Sunday, Belichick told CBS Sports’ Dana Jacobson “we’re focused on the Jets today,” before staring her down when she asked him what the final straw for Brown was:

After their win over the Jets, Belichick was similarly mum, only providing reporters with six words: “We’ll just focus on today’s game.”

According to the NFL Network’s Ian Rapoport, New England claims it wouldn’t have signed him had it known about the lawsuit. That’s convenient, but that doesn’t explain why the Patriots both started and made Brown a full participant in practice immediately after the lawsuit, and why they were ready to start him for a second consecutive week had it not been for the texts he sent.

The Patriots have moved on from Brown, and would prefer it if his time in New England become a thing of the past. With Brown’s upcoming grievance against them, and his Twitter tirade involving Patriots owner Robert Kraft, that won’t be the case anytime soon.

Nor should it be. Just because the Patriots still don’t want to give answers about Brown’s brief tenure doesn’t mean they get to forget that it happened.