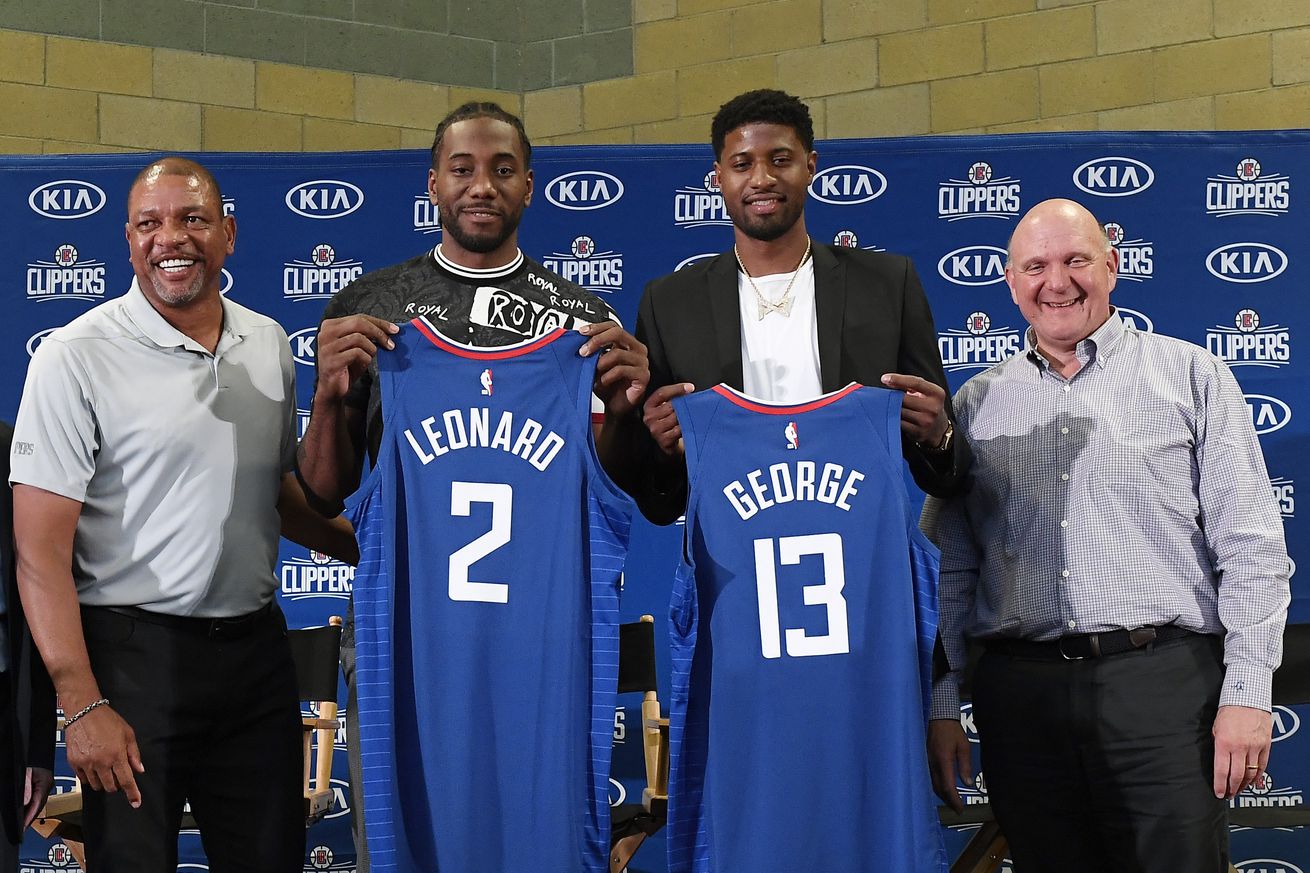 We have that and more in Monday’s NBA newsletter.

The NBA Board of Governors called the cops on itself on Friday, unanimously approving stricter rules and punishments regarding tampering and improper benefits. Like a fool, early Friday I wrote that the 30 people who had majority stakes in the 30 NBA teams would be fools to pass these rules on themselves given the wide-ranging implications and the surveillance powers they would grant the commissioner’s office. Alas, the teams most likely to be affected were all too afraid of looking like cheaters and getting dunked on online to vote against the proposal.

Much has been made of the fact that these “new” rules are really not new: the NBA commissioner already has power to punish tampering and even seize communication devices as a part of investigations. The powers are just spelled out a bit more exactingly and the penalties are harsher.

The Lakers have been fined millions for tampering in recent years. The Mavericks and Rockets have been fined for their governors’ daring to speak other teams’ players’ names. What the teams mentioned above -- especially the Clippers -- did this summer is all way worse.

What the Clippers have admitted to in reported stories is basically textbook tampering, right? They gave Kawhi a list of top players, asked his preference, he chose Paul George, the Clips engaged with the Thunder, Kawhi contacted PG and suggested he ask for a trade more or less as a representative of the Clippers, PG asks for a trade, the deal gets done. If that isn’t tampering, what is?

The Nets have sold a story saying that they didn’t know Durant was joining Kyrie in Brooklyn until KD announced it. Okay ... prove it. If everyone is so ready to fight against tampering, put your money where your mouth is. (Warriors, know that this newsletter will support you 100 percent if you request a tampering investigation into the Nets, as hilarious as that sentence seems given the past five years.)

The summer of 2019 is a smorgasbord of tampering violations. Feast up, Adam Silver. Sure, you’d need to apply the old penalties. But the governors whined about tampering all summer and rammed through stricter rules. Show them how serious you are by investigating what they did in June. Show them how seriously you take their concerns. They called the cops, now it’s time the flashlights are turned on them.

Candace Parker, one of L.A.’s best players and an absolute legend, only played 11 minutes in the Sparks’ season-ending loss to the Sun. Derek Fisher didn’t really explain why in the post-game media availability. Parker told the media to ask Fisher, and seemed unhappy. If Candace Parker is unhappy with the coaching ... that’s a real problem for Los Angeles because Candace Parker has that Turner Sports money now and can afford to play hardball with the Sparks if she wants.

Parker did say she didn’t plan to retire this summer, despite being 33 and showing her basketball mileage a bit. There’s something more happening there with Fisher and his coaching style. Can someone find Melo and ask him for comment? Anyways, stay tuned.

(By the way, no short shrift for the Sun, who are just a fantastic team that sucks the life out of opponents. A lot of attention is being paid to the Mystics and Aces, but the Sun could absolutely beat either one in the Finals, and just might.)

Matt Ellentuck on the Kelsey Plum we’ve all been waiting for.

Highly recommend Kelly Dwyer’s preseason team previews at The Second Arrangement if you can swing a subscription. Pacers, Wizards, Hornets are out. If those don’t sound terribly enticing, know that the others are on their way.

The Ringer has 29 people and things that will define the NBA season.

Lonzo Ball says he’s not really talking to his father LaVar. I wish them well.

Travis Best got scammed by a serial athlete scammer and Sports Illustrated wrote about it and now I’m wondering how Travis Best is doing these days.

Be excellent to each other.