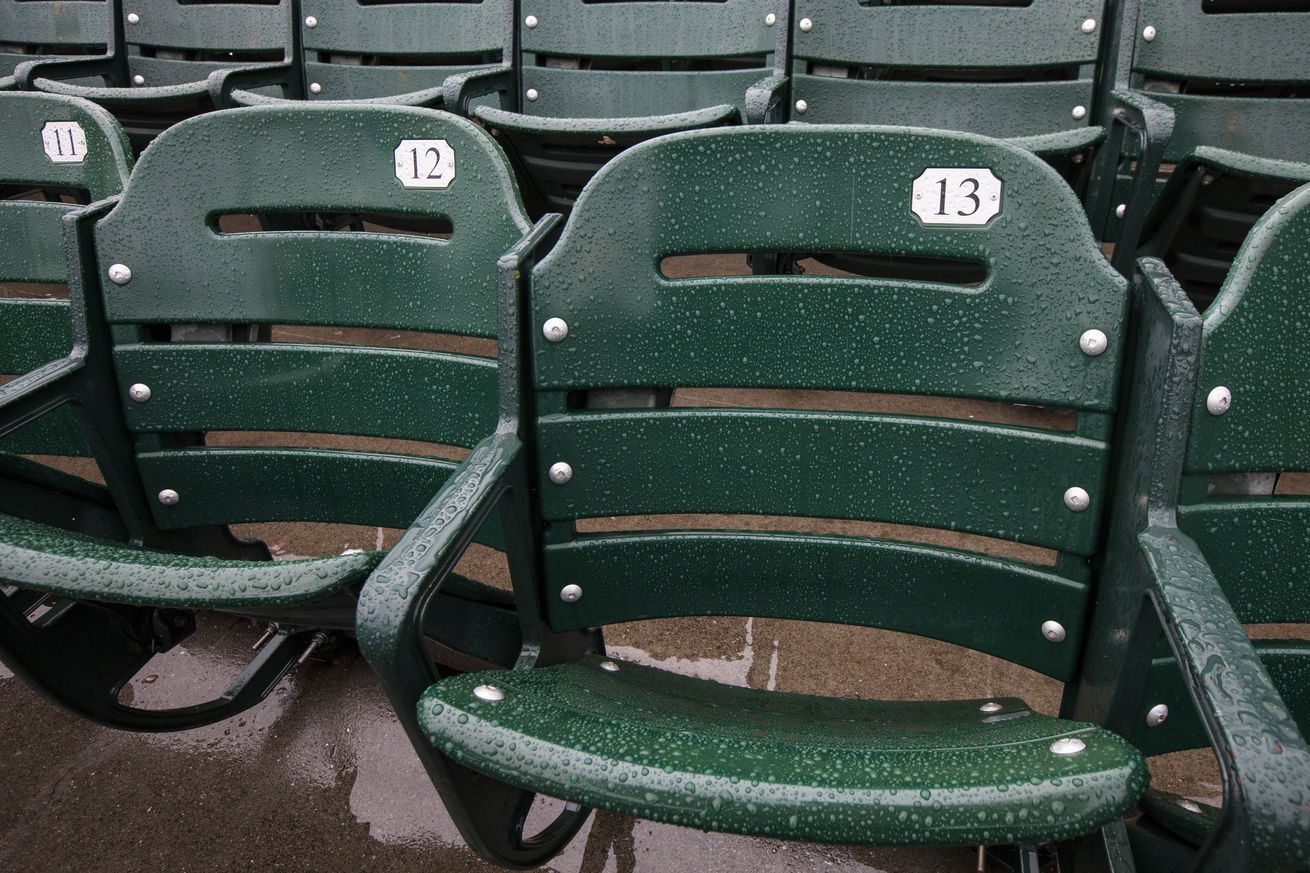 Bruce Bochy has a chance to end his career on a high note.

Here are the three worst home records of the Oracle Era:

The Giants have six home games remaining. They’ve won just two of their last seven home series (Phillies and Marlins). They’ll be taking on the Rockies and Dodgers.

The former matchup has, historically, favored the Giants at home, with a 144-81 record against Colorado. The Rockies have won just five series (of 17) since 2014. They haven’t won a road series in two months . . . but that was here in San Francisco.

Still, theoretically, the Giants are in a position to put themselves in a position to match the worst home record in a season at their China Basin ballpark. They’d need to sweep the Rockies, of course, and win one of three against the Dodgers.

Neither setup is an impossibility or even an improbability, but the Giants have been incredibly bad at home this year. Their -87 run differential (254-341) is currently tied with the 2008 team, only that 2008 squad still managed to score 314 runs (3.88 runs/game). The 2019 team is averaging just 3.39. Something tells me the Giants won’t average 10 runs in each of these final six home games. You’ll be happy to know that the 254 runs scored at home so far won’t be their lowest. That honor goes to the What Could’ve Been 2011 team, which scored just 236 runs while allowing just 251.

The 2008 parallels are striking, though. That team also had their final six games at home, with the first three against the Rockies and the last three against the Dodgers. That team entered the final six with a record of 70-86, which is the 2019 team’s Pythagorean record. According to FanGraphs, the 2008 team had a 9.8 fWAR at this point in the season. The 2019 team is at 10.3. The 2008 squad wound up with that same mark, so hey, picking up a half win of value over six games is pretty interesting.

But in 2008, the Rockies (wound up 74-88) swept the Giants. Despite losing two out of three, the Dodgers still managed to win the NL West at 84-78. The 2019 Dodgers won the NL West years ago, but two out of three against them, even when they’re resting starters, would be quite an accomplishment.

Last year, the Dodgers needed to sweep the series to force a tiebreaker to decide the NL West and they took the task seriously, demolishing the Giants 28-7 in a three-game sweep. The finale of that one was 15-0, as you’ll recall.

At the moment, four wins in a six-game home stand would seem to be beyond the Giants’ capabilities. They’ve won just four home games since August 26th (4-9). The lineup is leaking oil and other talents, with a September line of .220/.277/.316. They’ve scored just 66 runs in 21 games (3.14/game), including four shutouts.

That 2008 team was hitting quite a bit better (.723 OPS/4.7 runs per game) coming into the final home stand, but went just 2-4. The most memorable part of the end was a walk-off extra innings win against the Dodgers in the first game of the series that included a formal protest by the Giants. As Baseball Reference puts it:

Game was protested by home team, but was disallowed. In the sixth inning, Bengie Molina hit what at first appeared to be a single. He was then replaced by a PR Emmanuel Burriss. The Giants then asked for the umpires to look at the play and upon review, the play was changed to a home run. Despite this the umpires did not allow Molina back into the game to “score.” Elias and MLB have ruled that Burriss gets the run, even though Molina hit the home run. Molina’s and Burriss’ season totals show this, but we find it to be a poor ruling and show Molina scoring the run here and in his gamelogs.

I recognize all those words but I have absolutely no recollection of that event.

But back to 2019. We’re going to see Madison Bumgarner’s final two starts as a Giant this weekend, the last one coming Sunday against the Dodgers. Tim Lincecum started the final game of the 2008 season, and all he did to secure his Cy Young award was strikeout 13 in seven innings on 103 pitches. 41-year old Omar Vizquel started his final game as a Giant, but went on to play four more seasons and accumulate 931 plate appearances.

The Bumgarner-Lincecum parallel seems obvious, even if the circumstances are significantly different (the Giants’ best pitcher starting the final game of the season with a chance to make one last impression), but I can’t quite come up with a Vizquel equivalent. I’ll leave that up to you.

This last week is the last week of the Giants we’ve known. It’s the last week of an institutional memory not just within the institution itself, but the fandom. We can’t dial up a “due diligence” or “kicking the tires” joke anymore without sounding ancient. We can’t expect the Giants to at least look into actually signing Adam Jones. We can’t predict because everything’s new. Well, at least, it’s going to be.

And a losing home stand will guarantee another new thing: a new low at home. That’d be a remarkable feat considering the Giants’ solid road record and it’d be a bummer way to send out Bruce Bochy. Sure, he’s set to retire with a losing overall record, but at the moment, his Giants record is an even 1,050-1,050. A 3-3 split would, of course, guarantee history for the team (as Grant reminds us, it would tie the worst record in franchise history) but at least keep Bochy’s record even . . . unless, you know, you count all those playoff runs . . . which are important.

Two Bumgarner starts bookending one last turn through a rotation that once again includes Johnny Cueto is a nice way to send us off into the unknown.