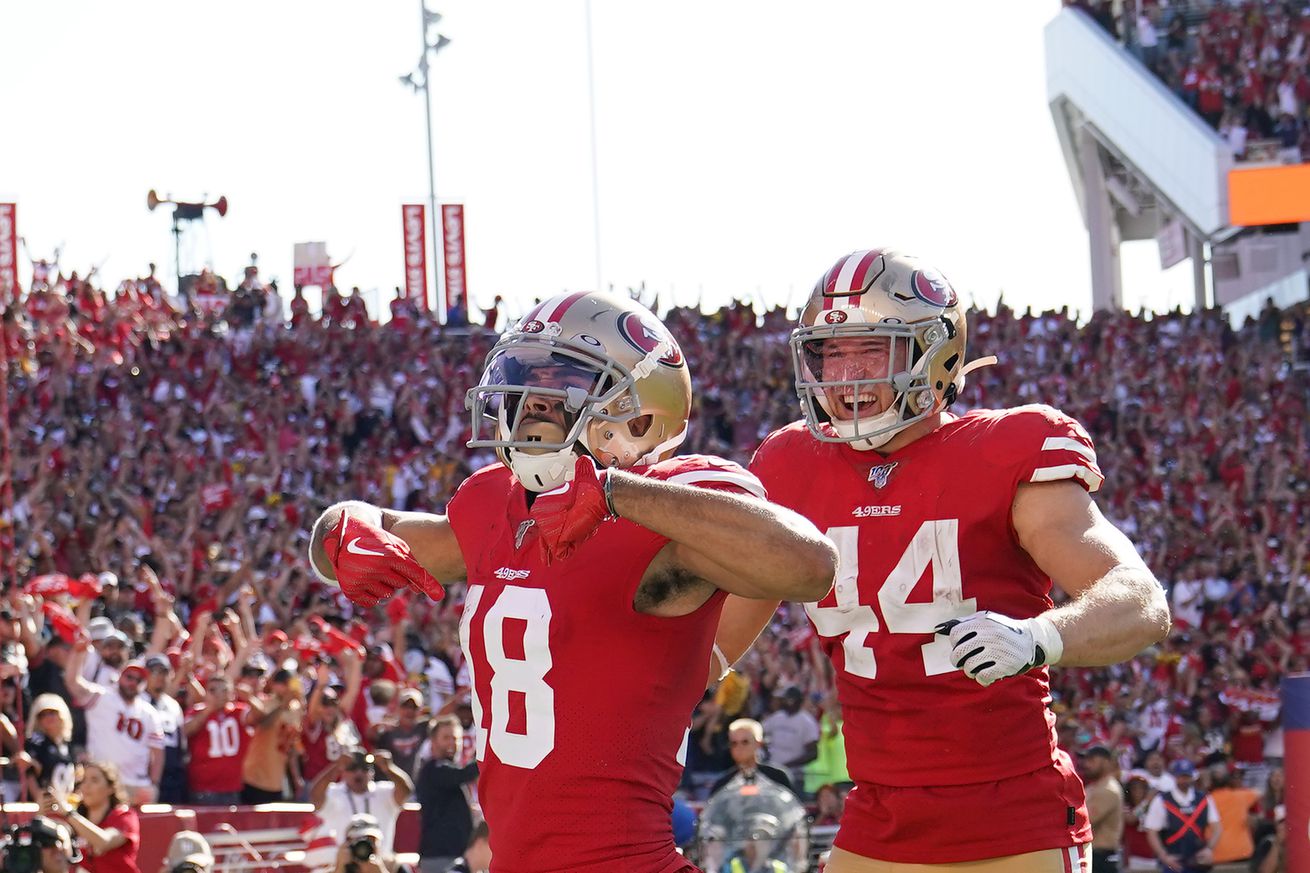 Nice to see you, Dante

We went over the snap counts early Monday morning, so we can get right into the grades from PFF to see how they thought the San Francisco 49ers performed in their victory over the Pittsburgh Steelers.

This lines up with what we saw on Sunday. Juice made his presence felt whether he had the ball in his hands or not. Juszczyk is asked to do a lot in this offense, and he continually comes through for the 49ers offense. He had a great game, and a signature play to go along with his performance.

It will be a surprise when Kittle isn’t a top-five performer.

We are going to talk about Garoppolo a lot this week. That’s not anything new, but for the first time in a while, it will be without questions and doubts. He was incredible in the pocket. One thing that stood out was his efficiency. Garoppolo completed 23 passes, and 14 of them went for first downs. Ten of those came when Garoppolo was blitzed, which tells you he was calm and under control. More on that later this week.

Richburg is healthy again and has played well in each game. Richburg only allowed one pressure, and the running game averaged 4.3 yards per carry when they ran up the middle. Communication is critical for the offensive line going against a team that runs as many stunts and twists as the Steelers defensive line does.

Hello there, Dante. Pettis only had 20 yards receiving, but on his four receptions, two of them went for first downs, and one of them won the game. Pettis also avoided a tackle. This performance should be a confidence builder not just for him, but for the coaching staff to get Pettis involved more.

The matchup to watch was McGlinchey vs. T.J. Watt, and Watt won the battle. McGlinchey allowed a sack and a quarterback hit, but this run grade was 28.8. That’ll be something to keep an eye on when you watch the game again.

I don’t remember what James or Tomlinson did, so I won’t comment on that.

Mostert has to hang on to the football. It’s that simple. He had four rushes go over ten yards, and 30 of his 79 yards came after contact. His fumble could have been costly, though.

We’ll have the grades for the defense on Tuesday.