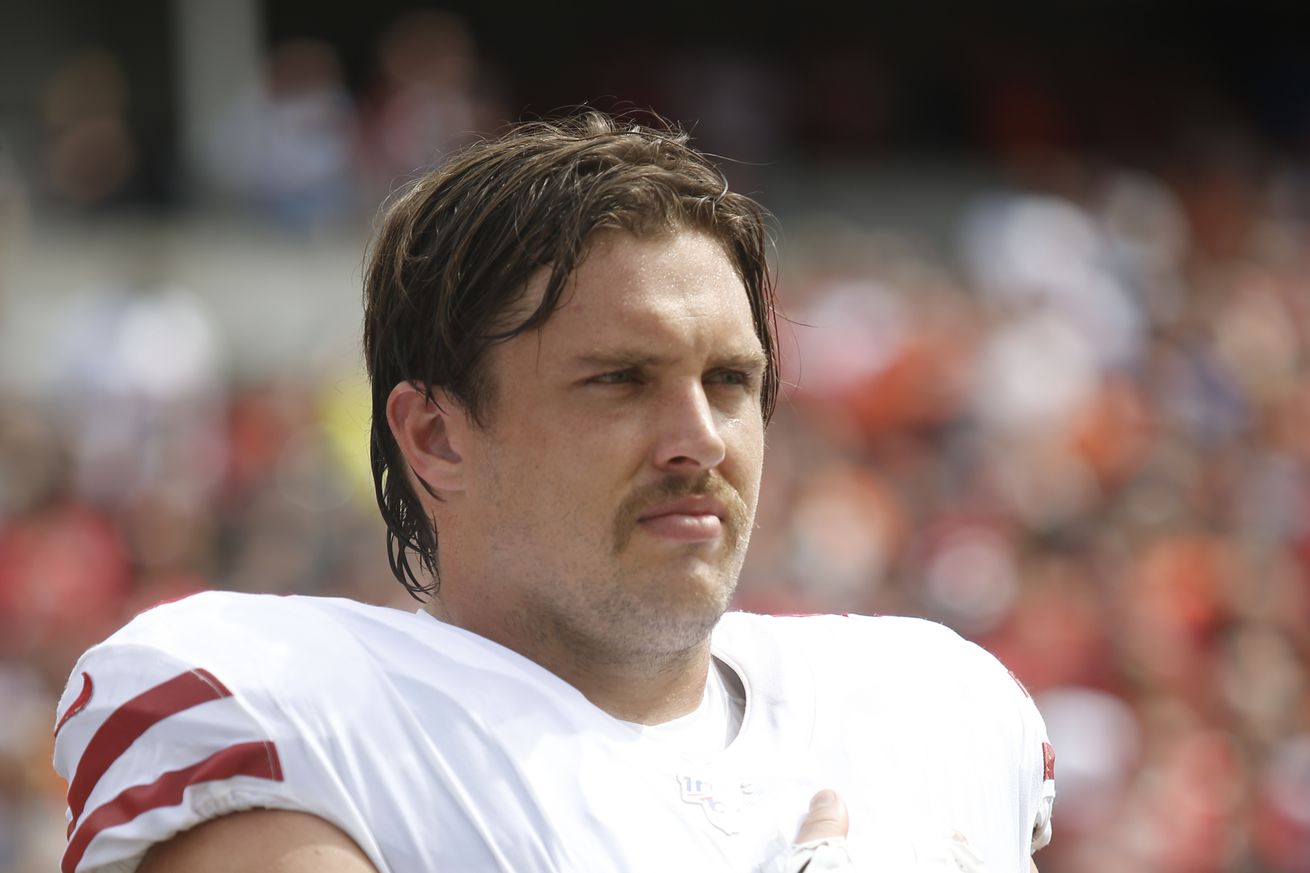 Even though the win was ugly, there were some very good performances on Sunday

Let’s take a look, and some winners and losers from the San Francisco 49ers win over the Pittsburgh Steelers on Sunday.

Quietly, the 49ers center has played very well this year, and Sunday was his best performance yet. Richburg has his mobility back, and it showed on this play below:

My boy Richburg is healthy again and whew pic.twitter.com/5hL8JyqHQo

Richburg can hold his ground and even drive defenders out of the hole. He’s been a joy to watch and going up against Stephon Tuitt, and Javon Hargrave is no easy task. Richburg won those battles on Sunday.

Jimmy G finding his rhythm after a rough opener. Over the last 2 games:

Jimmy G is taking care of the ball and putting the ball in a place where receivers can run after the catch. I do think he deserves blame on the interception to Matt Breida, but aside from that, he played very well Sunday. Garoppolo had an adjusted completion percentage of 86.7 Week 3. He hung in the pocket and took some big hits on Sunday. He’s doing whatever it takes for this offense to stay ahead of the chains, even if that involves him scrambling. Speaking of, I thought Garoppolo did a great job of keeping plays alive again and buying time for the wide receivers to get open.

The first two games Moore took some poor angles that led to some significant gains for the offense. On Sunday, Moore had a handful of plays where he came flying up and was out of control. That led to the long 76-yard touchdown, but there were a few other plays as well. His aggression is everything you want, and he’s even a solid tackler, but one thing Moore needs to improve on his angles. It’s turned a few second and longs into second a short plays. The most extreme example is the touchdown. He has to fix his angles if he’s going to stay on the field.

McGlinchey had some tough matchups on Sunday. There were a couple of plays where he had to block a defensive back, and they were able to run around him. Other plays where T.J. Watt simply beat him 1-on-1. Without Joe Staley, the 49ers are going to slide their protection away from their first-round pick from 2018. After one game, the results weren’t good. McGlinchey will need to bounce back against the Browns, who have one of the best defensive fronts in the league.

Buckner was the beneficiary of Mason Rudolph scrambling, so his stat line is inflated with a few added stops. That’s not to take anything away from Buckner, because he still had to hustle to finish the play. Buckner finished the game with four stops, a sack, a forced fumble, quarterback hit, and six tackles. He continues to come up big and get timely stops when the defense needs it most.

I was critical of Williams for his play in coverage last week. He was great against the Steelers, and that goes well beyond his interception. There were a few plays where the receiver he was covering was the intended target, but Williams took that route away. K’Waun was his usual feisty self against the run, but it was in coverage where he made his presence felt.

Rust is real. Verrett hadn’t played football for over a year and a half, and it showed. His eyes got caught in the backfield on the touchdown he gave up. It looked like he thought the ball was going the other way. On the play before where Verrett gave up the pass interference call, his feet got tangled up. We had high hopes for Verrett, and after a couple of plays, many fans are ready to give up on him. I’m not there yet, but I’m not exactly leading the charge to say he should start in place of Ahkello Witherspoon.

It’d save time to put a disclaimer at the top every week and say Kittle is a winner. Check out these blocks:

Kittle caught six passes for 57 yards. Three of those went for first downs. Before Pettis caught that pass, Kittle was the only receiver that it seemed like Shanahan could trust in the red zone. What a player.

Pettis should probably be here, but I’m going Juice with my last winner. Some of the blocks he can execute that help spring runs, or buy Jimmy G time are terrific. He has been doing that every week, but it’s the three receptions for 51 yards, two first downs, and a stiff arm that sent Minkah Fitzpatrick flying that lands Juice on the list this week.

‘The Politician’ Is Peak Ryan Murphy