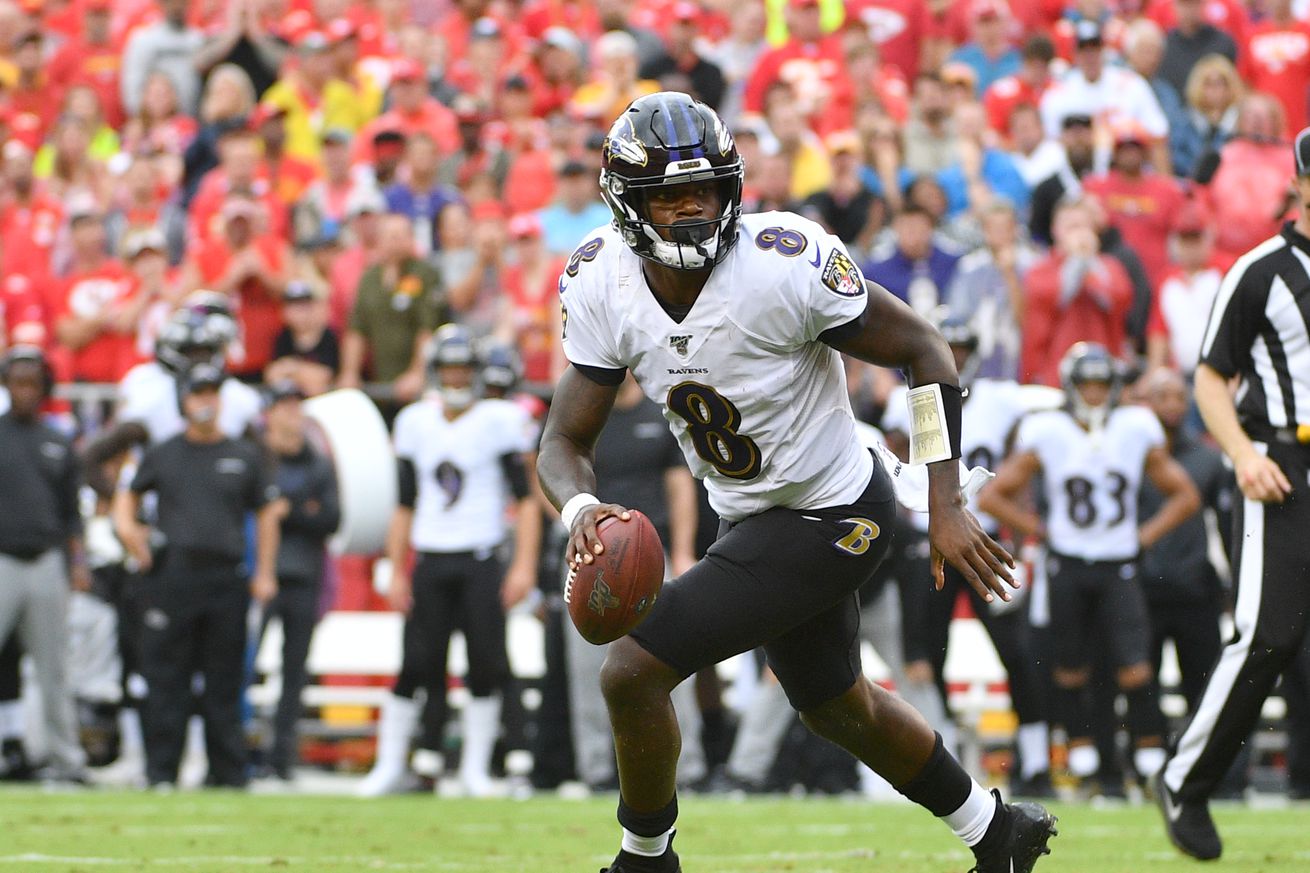 The Baltimore Ravens will be looking to expand their lead in the AFC North with a win over the Cleveland Browns as betting favorites on Sunday.

The Baltimore Ravens are 21-2 straight up and 15-8 against the spread in their last 23 home games played in the month of September. In their final September home game of 2019, the Ravens will try to pick up a win over the Cleveland Browns.

Baltimore is a 7-point home favorite on the NFL odds in Maryland at sportsbooks monitored by OddsShark.com. Since originally opening as a 3-point favorite, Baltimore has jumped up to -7 due to the way these two teams have played so far this season.

The Ravens scored a late touchdown to close the gap to within five points, but after failing to recover the onside kick, they had to settle for a 33-28 loss to the Kansas City Chiefs. It was a valiant effort on the road, but now the Ravens will return home where they are 0-5 ATS in their last five games against divisional opponents. On a brighter note, Baltimore is 9-2 SU in its last 11 games coming off a loss.

In their last seven games against the Browns, the Ravens are 6-1 SU and 5-2 ATS per the OddsShark NFL Database.

Fans and experts alike both expected Baker Mayfield and Cleveland’s offense to be even better than they were in the second half of last season with the addition of Odell Beckham Jr. Instead, Mayfield is off to a disappointing start with only three touchdown passes and five interceptions so far, and the offense has mustered up only 16.3 points per game over Cleveland’s 1-2 SU and ATS start.

Sunday’s total is set at 45 points. The UNDER is 3-1 in Baltimore’s last four games at home.

Last season, the Ravens and the Browns split their season series with both games being decided by a field goal or less. While Baltimore has looked more impressive through the first three games of 2019 with a solid 2-1 SU and ATS start, look for another competitive battle between these two division rivals on Sunday.

For more odds information, betting picks and a breakdown of this week’s top sports betting news check out the OddsShark podcast. Subscribe on iTunes or Spotify or listen to it at OddsShark.libsyn.com.

A Guided Tour Through a Fresh Batch of Markelle Fultz Videos