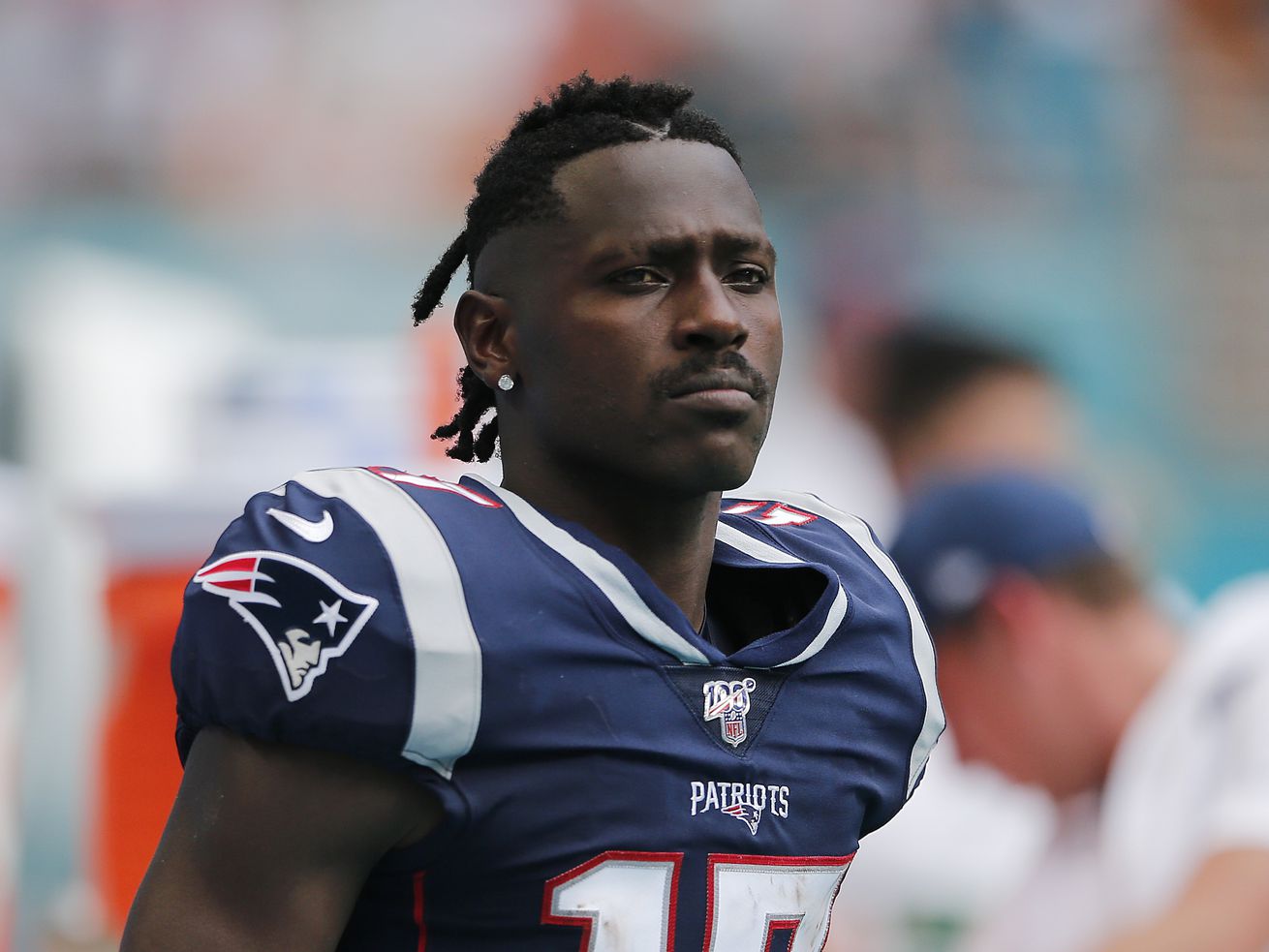 Following a former trainer’s civil complaint saying that Brown sexually assaulted and raped her, and a second report that said Brown harassed another woman in 2017, the Patriots have cut ties with the receiver

The New England Patriots released Antonio Brown on Friday afternoon, less than two weeks after he signed a one-year, $9 million deal. In a statement announcing the move, the team said, “We appreciate the hard work of many people over the past 11 days, but we feel that it is best to move in a different direction at this time.”

Brown joined the Patriots on September 7, just hours after he was released by the Raiders. Roughly $5 million of his $9 million deal would have been guaranteed had he remained on the team through Sunday. By releasing Brown on Friday, the Patriots will keep that money. He played just one game for the Patriots against Miami.

On September 10, Britney Taylor, a former trainer of Brown’s, filed a civil complaint that said Brown had sexually assaulted her twice in June 2017 and raped her in May 2018. Brown’s lawyer, Darren Heitner, released a statement the same day saying that “any sexual interaction with Mr. Brown was entirely consensual.” The NFL is investigating the details of the complaint and reportedly met with Taylor for 10 hours on Monday.

Sports Illustrated reported on Monday that also in 2017, Brown hired an artist to paint a mural of him at his Pittsburgh property, and while she was working, Brown approached her naked with a washcloth covering his penis—which she took to be a sexual advance. On Thursday, Sports Illustrated reported that after the story was published, Brown included the woman in a group text message with four other phone numbers—one of which was Brown’s lawyer—and sent harassing messages, including photos of her children. Following that encounter, the woman’s lawyer sent a letter to the NFL asking the league to stop Brown from contacting her client.

The league’s investigation into the civil complaint is ongoing, and Brown could be suspended when it concludes, or be placed on the commissioner’s exempt list—a form of paid leave—before that time. But until then he is a free agent who can sign with another team. His agent, Drew Rosenhaus, tweeted on Friday that Brown wants to keep playing.

“It’s unfortunate things didn’t work out with the Patriots,” Rosenhaus wrote. “But Antonio is healthy and is looking forward to his next opportunity in the NFL. He wants to play the game he loves and he hopes to play for another team soon.”